Why Football Is Important 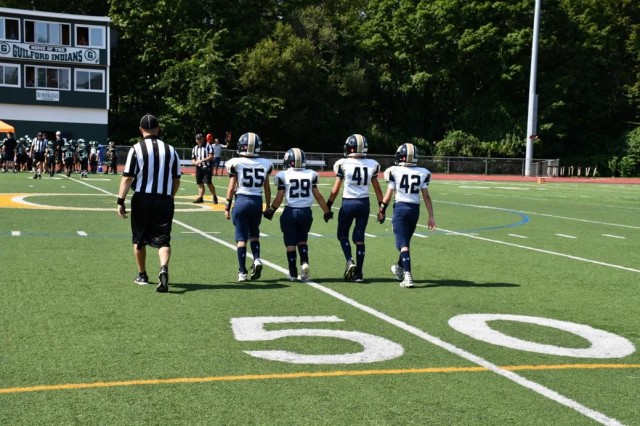 Coach’s Corner: Why Football Is Important

I have coached this great game of football for over 20 years now, so I feel confident in telling you that football is the greatest team sport out there. Football and life mirror each other in many, many ways. So many lessons can be learned by playing football that can help young men to become better fathers, husbands, bosses, and leaders. Let’s take a look at a few of them.

Coming Together for a Common Goal

A football team is generally comprised of players from very diverse ethnic and socioeconomic backgrounds. They come in many shapes and sizes. To become a successful team, these players of differing backgrounds must all come together and play with and for each other putting aside their personal beliefs all in the name of one common goal. To be successful in business, these same qualities must be met to be a part of a successful organization. The group that works together and with each other the best typically becomes the most successful in whatever field of work they are in working towards whatever goal that organization has.

All for one, one for all!

More so than any other trait in this day and age where young people struggle to deal with adversity, football helps to teach these same young people how to not only deal with adversity, but how to overcome it. Adversity strikes quite often for a football team and for individual members almost daily. If a player gets knocked down in a game and gets beat for a touchdown, that’s adversity. How that young man handles that situation will determine how he will play for the rest of that game. If he can learn from it, let it go, and move on he will be just fine. If that same young man finds himself ten years down the road dealing with the adversity of losing a job, that’s real life adversity. If he answers that adversity positively and moves on, learns from it, and lets it go he will be just fine. Conversely, if that same player never learns from adversity and feels sorry for himself dwelling on it for far too long, he will never learn those skills necessary to pick himself up and get moving after a loss of a job when he’s older.

When the going gets tough, the tough gets going!

It’s Not a “Sometimes” Thing

Football is not a sometimes thing, you can’t work hard part of the time and be successful. Someone is always pushing to beat you out for a position. Just like life, if you aren’t working hard at your job, someone is always there waiting to take your spot. Football teaches young men that if you want something bad enough, you must work hard all the time not some of the time.

There are no days off!

One of my primary rules for players is to never be a “no call, no show”. To continue to be a member of a team or organization you must always keep your coaches/bosses in the loop. If you have something come up and can’t make it to practice/work you need to let your superiors know. Failure to do so will typically result in that person being off the team/out of a job. Be responsible for your actions.

Be a good teammate!

Being a Part of Something Bigger Than Yourself

There is satisfaction in reaching an individual goal. But obtaining a goal as a team, working together, and having success is more gratifying as it requires a lot more work. When you can surrender yourself to the team (putting team goals in front of personal goals) and becoming a part of something bigger than yourself is a very hard thing to do. Most fail at that as adults if they haven’t had the proper preparation and training at a young age. When those young men eventually get married and have a family they will no longer be able to put their own goals at the front, their family goals and needs become more important.

The best and most successful leaders understand this primary concept: If we do well, the rest of the team gets the credit. If we do bad, I take the blame. A Quarterback being interviewed after as game giving credit to his Offensive Line and defense for the victory instead of taking all the credit is a sign of a team leader. Those teammates will want to play for that QB. A QB that tells the reporter that he did it all himself will surely have very little support from that point on from his teammates. Taking ownership and distributing praise are key components of a team leader in the game of football. This very same rule applies to all organizations in the business world. This philosophy helps to get those you work/play with to want to be part of the team/organization.

In the game of football, there is a process. As with any line of work, the process is a vital component that helps to identify those who get to remain with the program throughout the process. Often times players/employees either decide that it’s too much for them and quit or they are removed from the organization because they could not fulfill the obligations necessary to reach the intended outcome. Everyone wants to be a part of the outcome, but no one wants to be a part of the process.

The process is where you figure out who gets to be a part of the outcome.

Taking Care of the Little Things

Having and showing attention to detail is one of the fundamental rules of the game of football. For example, an offensive lineman takes a first step that is slightly off of where it should be, he gets beat by a defender. Attention to the little things carry over to bigger things. As it is with life, not paying attention to little things quickly add up to big things that become a problem. If a person forgets to pay a bill on time and consistently does so, he will soon have bad credit which is a big thing to deal with.

The game of football will call on an individual to “make a play” numerous times during their playing career. Forcing that young man to make a quick decision and act upon it in a timely manner with others depending on him. Through practice and repetition that young man prepares for that opportunity allowing him to seize it and make the most of it when it arrives. If you haven’t had those experiences, you will be ill prepared to handle the opportunity correctly and/or in a timely manner.

What will you do when your number is called?

Football is a game of goal setting. Teaching young men how to set a goal and come up with a proper plan of execution to reach that goal. As with life, a long term goal must be met by reaching several smaller goals to mark improvement and show growth. Taking time to plan goals whether they be personal, team, or career related all start with the same guidelines.

Without a plan, a goal is just a wish.